A couple of weeks ago, while my Dutch friends were visiting, we went to Tyntesfield house, near Bristol. I went there a few years ago, in September 2009 in fact - I've just checked. It's a National Trust property and is still in the process of being done up. It's actually been a bit of a public project for the National Trust. Normally they would get a building ready before opening it to the public, but with this one they opened it straight away and then allowed the public to see the work of restoring it being done as they went along.

Of course, being cynical, I can't help thinking that was probably because they wanted some income more than offering it as a great idea for the public to see how they do the work, but that's the way of the world these days.

As I've often said before, I'm not particularly interested in the insides of places like this. I love to see how they fit into the landscape, and I love walking through the gardens, and above all, I love to take photographs. So, the others went in and I, sort of, wandered off. Being there at this time of year was the slight disappointment I had expected, with not much going on in the gardens, the kitchen garden almost bare and not a lot of colour around. But it's still a lovely place to be. Spring was beginning to make its presence felt, with snowdrops bursting out.

See what you think. 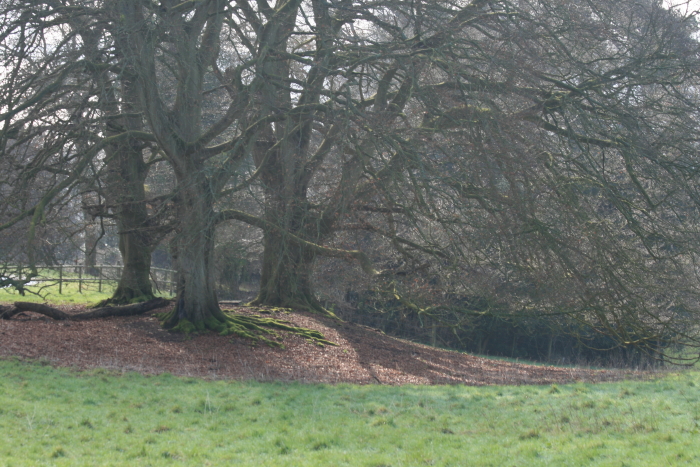