Bright and at a reasonable time, we set off for deepest, darkest Wales. We would end up cramming quite a lot into our couple of days there, but it would all be good stuff. We were bound for the town of Welshpool, where my aunt lives, to impose on her excellent hospitality. There are lots of different ways of getting there, but by far my favourite is the drive over the first Severn Bridge and then up through the Wye Valley. On that road, which shadows the border, you dip in and out of England and Wales.

Our first obvious stop was at Tintern Abbey, an imposing ruin that you really can't miss as you drive up through the valley. I can't help thinking just how much I have to thank a really despotic English king for turning all these places into beautiful, romantic ruins. (And I can't quite believe that it was the anti-royalist me who wrote those words!) There is something in me that just prefers ruins to buildings that are intact. I love places like castles and abbeys, but I definitely enjoy the tumbledown, shattered ones more. They have more character, give the impression of more history and are far more interesting. 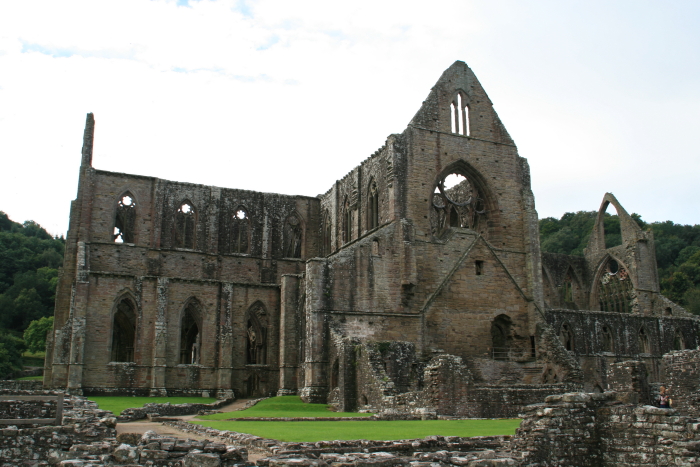 Next time, the golden sands of Aberdovey.

The three of us, Rebekka, my aunt and me - the driver - set off to cross Wales at just about its narrowest point to end up at the seaside resort of Aberdovey. First port of call was for a coffee in the little town of Machynlleth - please don't ask me how it should be pronounced, I only seem to make it end up sounding very rude. It claims to be the ancient capital of Wales, and who am I to dispute that?

It wasn't far from there to the coast and Aberdovey. Aberdovey is a very small former fishing village and little port that now feeds very successfully on tourism. It has dunes and golden sands that seem to go on forever, perfect for a sunny day like this one. Once we'd parked, we went our separate ways. My aunt to mooch around a few antique shops and Rebekka and me to walk the beach. As school children had gone back and were safely locked up in establishments where they belong, and while we didn't exactly have it to ourselves, there weren't that many people about. So we could stop and take photos, look for the art in every natural shape and just enjoy the tangy sea air, without anyone else bothering us.

We walked out and around the bend and soon the village with its guest houses clinging to the hillside was lost from view behind the grassy dunes. A couple of times we came across jellyfish washed up on the beach. They were massive, at least 30cm across, by far the largest I had seen. An occasional dog played chase with its owner, (or should that be the other way around?) kicking up the damp sand and splashing about in the surf. It was gorgeous. 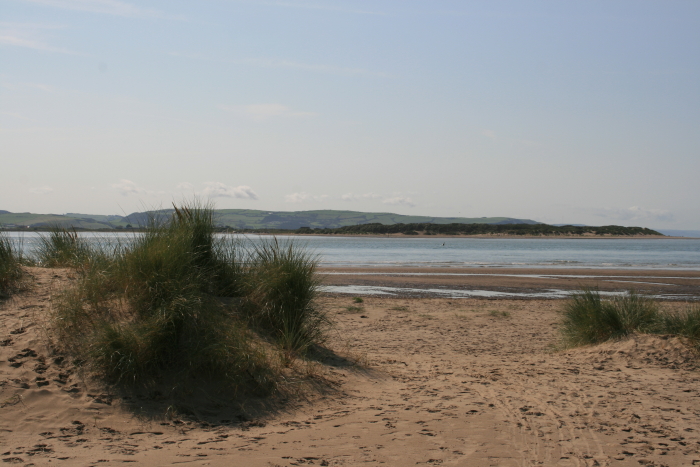 Next time - the journey back to Somerset
Collapse