When Rebekka arrived, she gave me a present. To say I was chuffed is a huge understatement. People like me don't get presents like that. It turns out that she had ordered it for herself, found she had accidentally ordered the Canon version, and that it didn't fit her Sony camera. She said that she wasn't in the least worried about that when it happened because she had inadvertantly solved the problem of what gift to bring me on her visit. How lucky am I? So, both armed with the same lens on our respective cameras, this whole holiday became punctuated with mutual photography. And visiting beautiful places like Avebury made that remarkably easy.

The village of Avebury sits, largely, within the ancient stone circles and huge bank and ditch complex. And the focal point of the village is the Manor House. (Actually, it's probably the pub, but we'll let that go.) A few months ago, the BBC broadcast a series of television programmes about the refurbishment of the manor and gardens, and this was the first time I'd visited since it had opened to the public. I was keen to have a look. As I've said many times before, I love houses like this, but from the outside. I'm really not interested in what's inside them. And in this case there was the added bonus of the most beautiful gardens, divided into linked but ever-changing 'rooms'. You move from one to the next and get a completely different feel in each one. And doing that was a real pleasure on such a beautiful day. 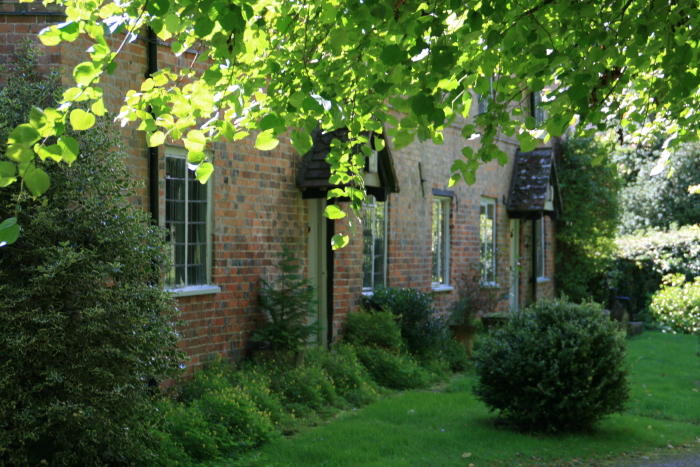 Next time, a bit more Stourhead and a lot more Glastonbury.