As I said in my last entry, last Friday afternoon I went out and about, prepared to only get to the places I could get to, to take some photos of the flooding and the consequences of it for myself. I think the photos I've posted so far have shown what things have been like very well, but I prefer to post my own photos rather than rely on someone else. So, here are my photos. Of course, I tend to look for the beauty in a situation rather than the drama, but I believe they still manage to tell the story even so.

My first destination was Burrow Mump. It's a high spot in a largely low-lying landscape and a good vantage point. It also happens to sit at the place where Somerset's two biggest rivers (the Tone and the Parrett) meet. And that's where a lot of the trouble has stemmed from. Those rivers drain most of Somerset and when they are as full as they can be something has to give when they come together and what you see in these pictures is the result. 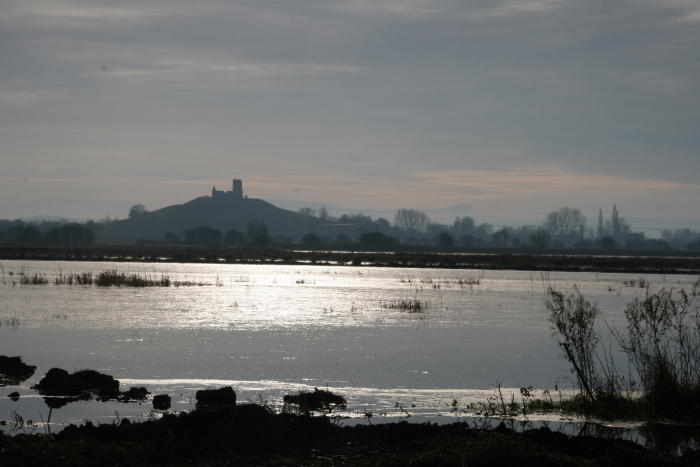 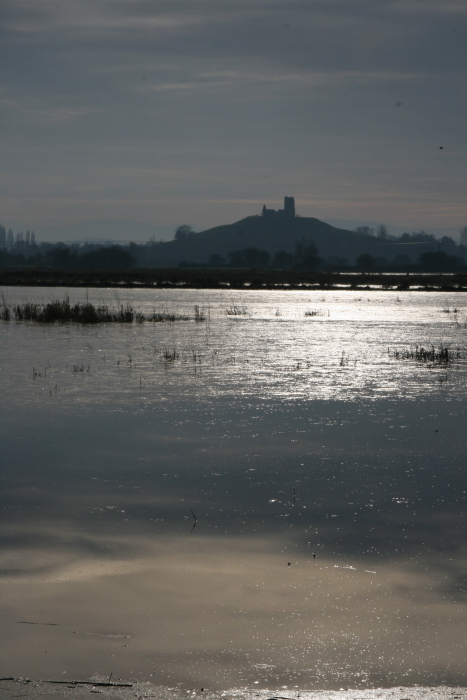 Looking across the submerged fields towards the Mump, with its iconic ruined church, gives a really good impression of what this landscape would have remained like without medieval landowners, farmers and engineers draining these places for the fertile soils beneath. They built drainage ditches, lake walls and defensive banks to keep the waters out. Those measures have done wonderful service over the hundreds of years they have been there, but at times like this they become the villains of the piece. Build a wall around something and nothing can get in, but if for whatever reason it does, then it can't get out again. The flood defences hold the water where it isn't wanted and the only way to remove it is by pumping it out, which takes a long time. 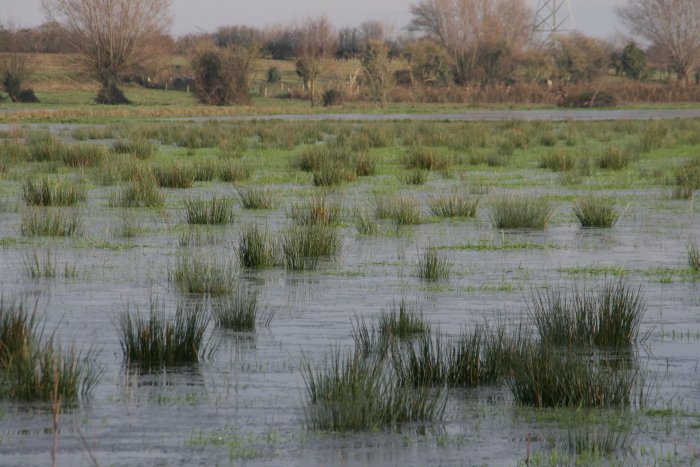 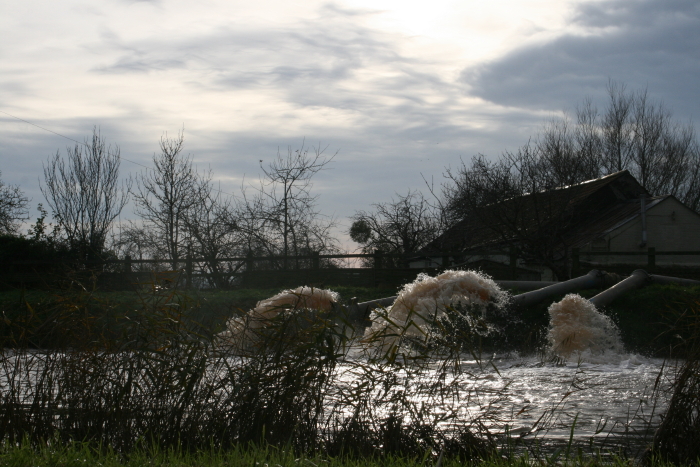 Mercifully, after the deluge we had a couple of weeks ago, we have had very little rain, that and the passing of the seasonal high tides and we seem to be heading in the right direction again. It's just a slow old job. 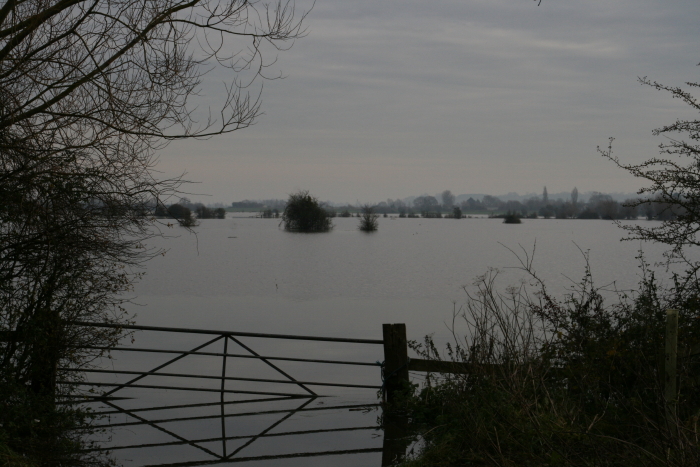 This area of land is called Southlake. When I was a child, the name was mysterious and seemed to be inaccurate. More recently I've come to understand why it's called what it's called. 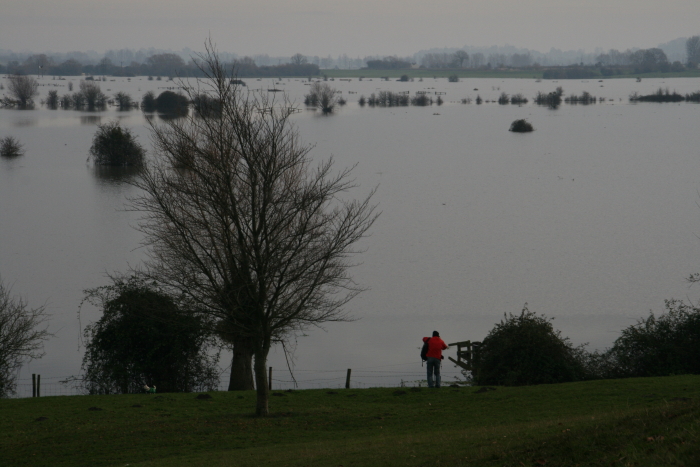 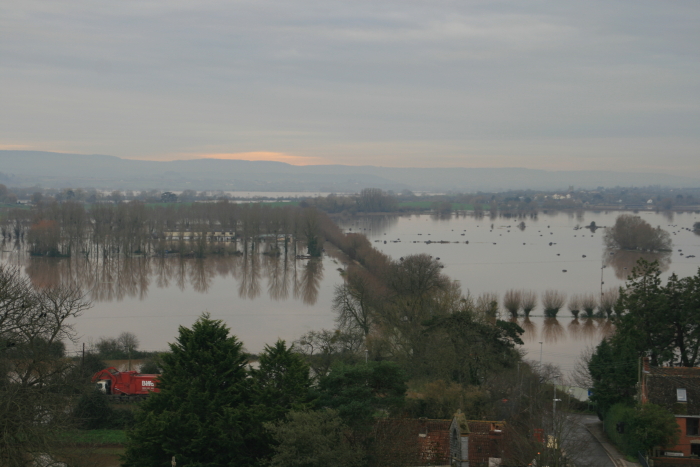 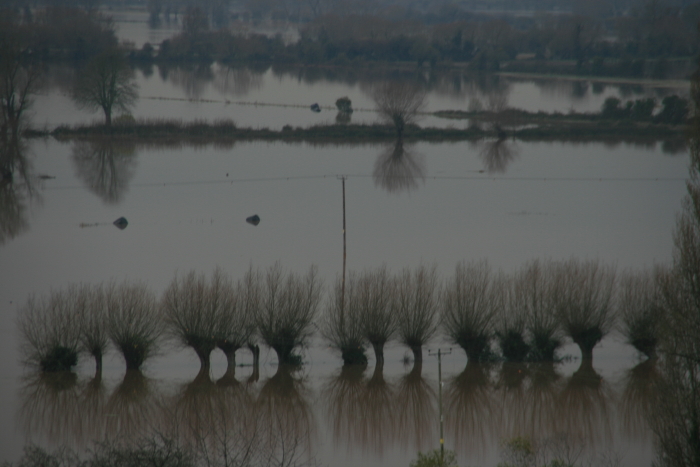 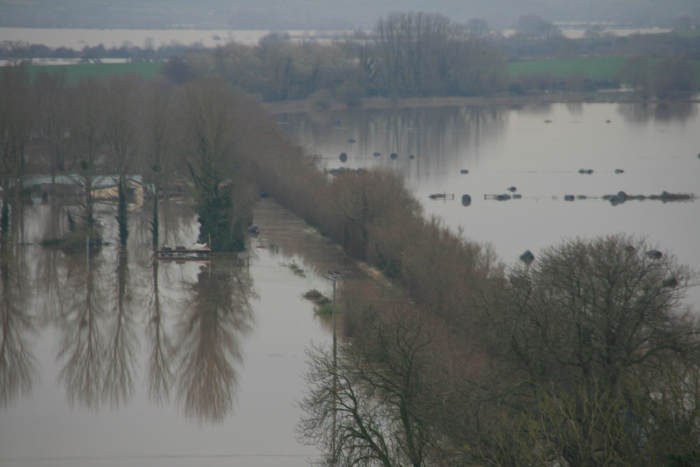 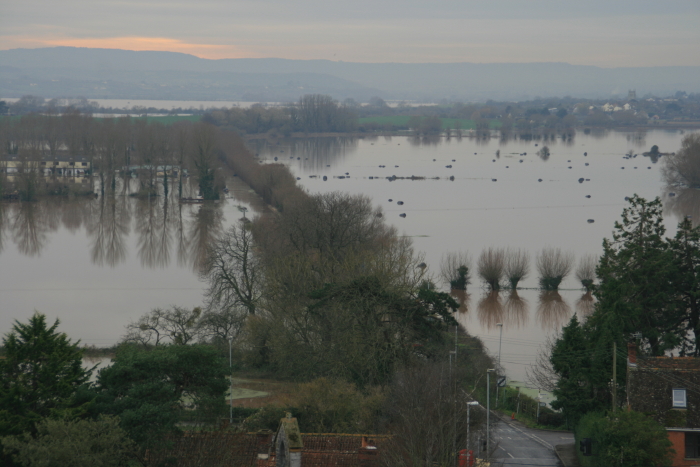 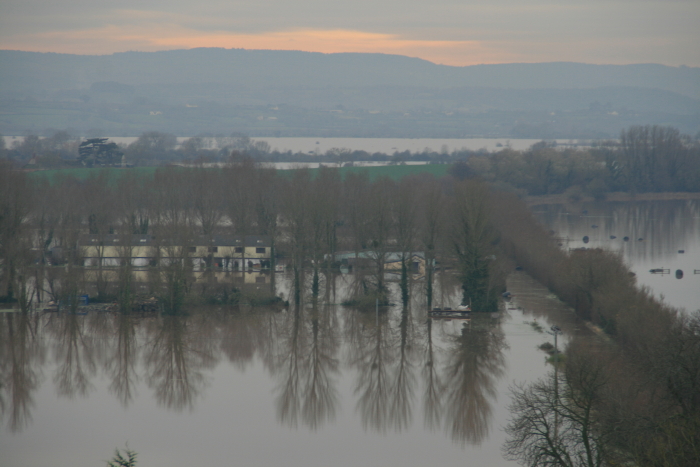 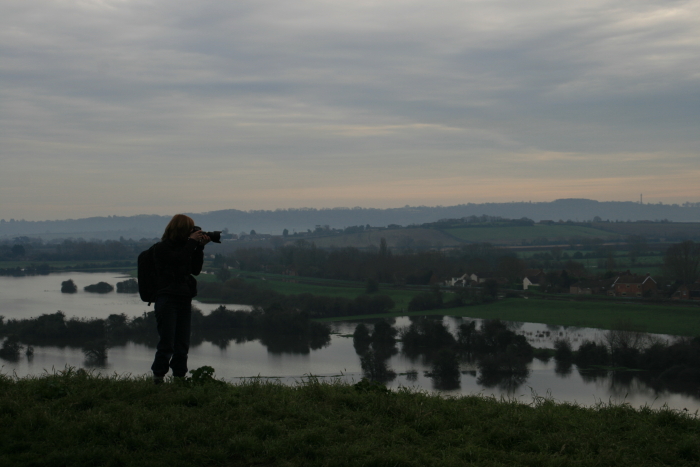 I wasn't the only photographer using this place to get a great view of the floods. 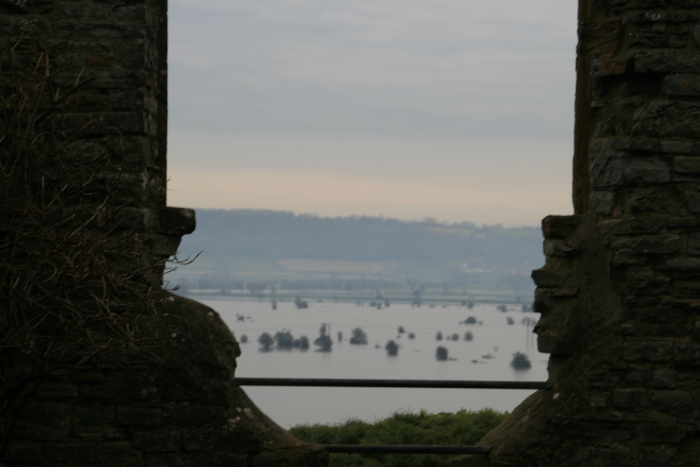 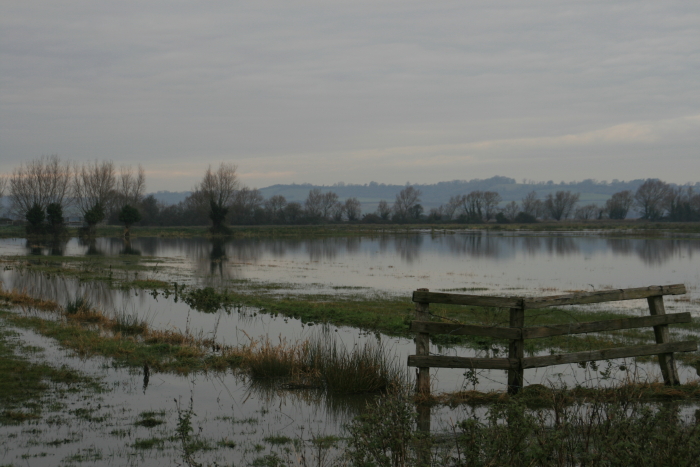 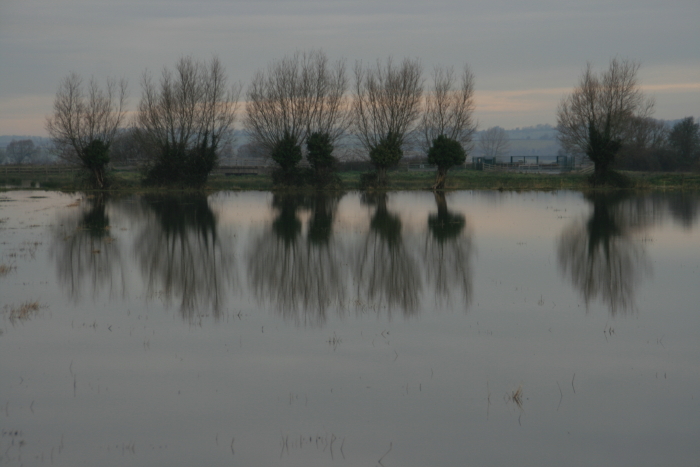 One side-effect of this situation is the beautiful reflections. 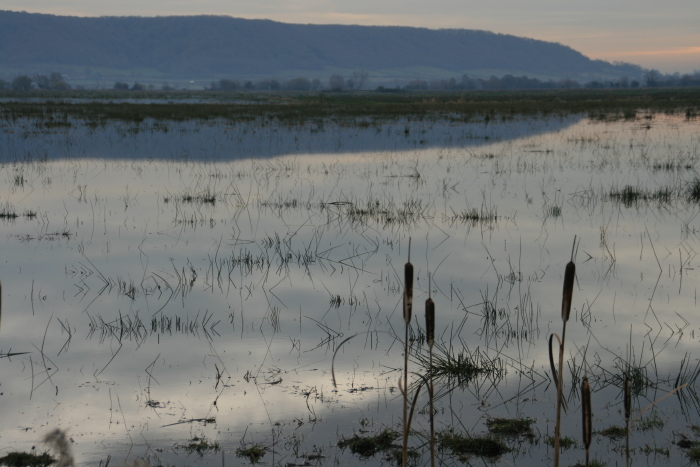 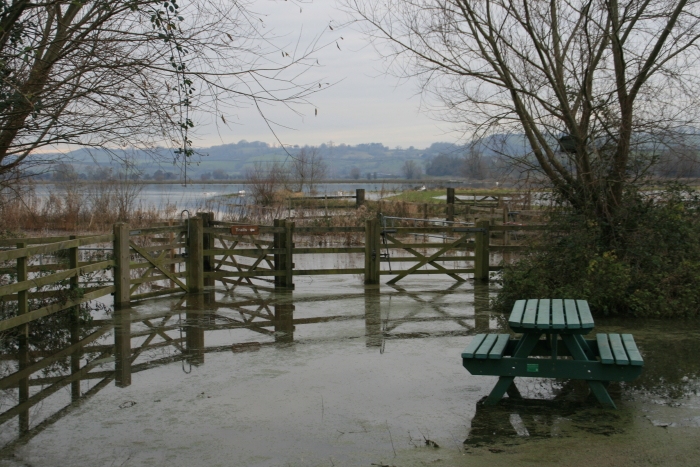 The local nature reserve, a bit soggy, but the swans in the distance didn't seem to mind.