Well, not too much has changed since I last posted. It's stopped raining, more or less, but freeing up the local landscape from its lakiness is a very slow process. The thing is, ..... well, actually, the things are ..... that the whole area of The Somerset Levels is reclaimed land, land that has been designed to keep water out, so when it gets in it has nowhere to go. The defensive banks, walls and ditches start working in reverse and the only way to get rid of the inundation of water is to pump it. With an area this size it's a huge operation and takes a long time. Just one milliimetre of water spread over many hundreds of square kms is an awful lot of water. One metre of water over many hundreds of square kms is a thousand times more. They, the Environment Agency, don't clean the rivers out like they used to and that means that they are more prone to flooding when it comes because they have a reduced capacity to take the water away.

They are pumping. Apparently, they are pumping as fast as they can, the equivalent of an Olympic sized swimming pool every second, or so they say, but that's (if you'll pardon the pun) just a drop in the ocean.

The threat of flooding to homes has receded, receded in the sense that more homes are not likely to be affected, but the homes that have been still are. And, from a personally selfish point of view, the one major road in the area that is still impassable because of flooding is the very one I would normally use to get to and from work. So, I'm still having to make a long detour in each direction, adding about an hour to, particularly, my homeward journey. Never mind, it could be worse. 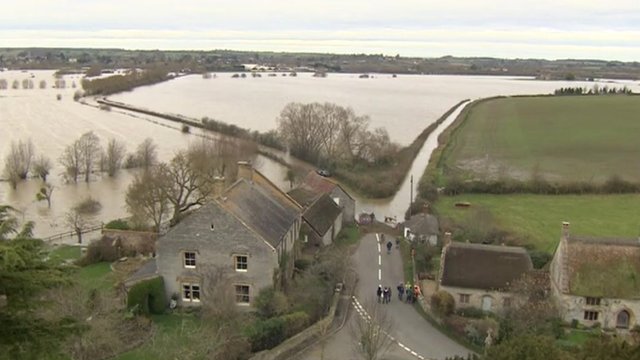 The village of Muchelney, cut off from the rest of the world - except by boat. 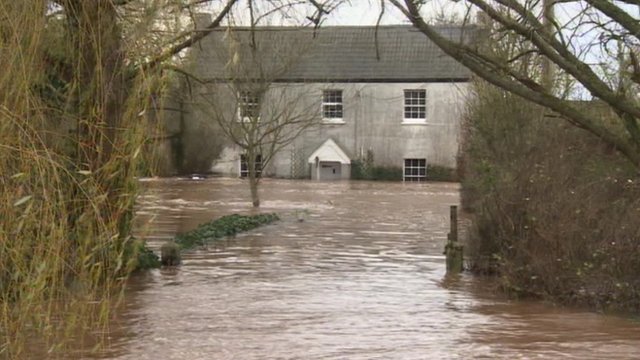 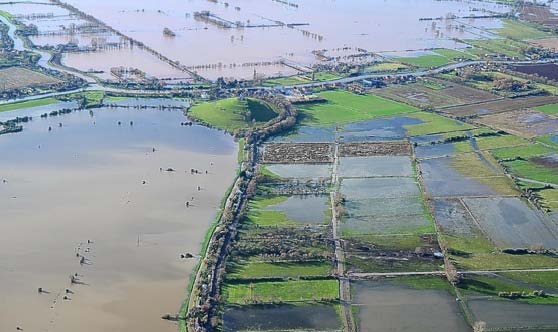 This one is fascinating. It shows Burrow Mump standing out surrounded by floods. It describes the landscape very well and also shows the impact of the flooding. The unbroken line of trees going from the base of the Mump to the top left corner of the picture flanks 'my' road. I think I understand why it's closed! On Friday afternoon I had a bit of a look around and Burrow Mump was the obvious place to go to get a good look at how things were. I took photos, which I'll be posting in a day or two.